BOOK YOUR NEXT EVENT AT THE BREWERY!MORE INFO 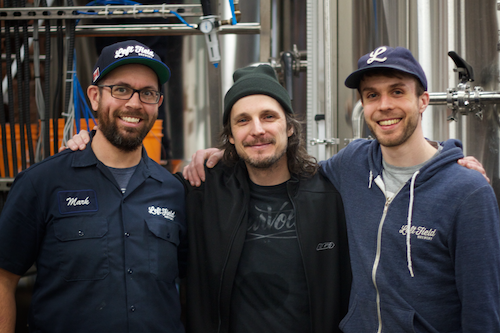 The east end of Toronto can sometimes be perceived as playing second fiddle to the exciting things happening in the west. Some balk at the idea of crossing the Don River, as if it were another city away. As brewery after brewery opened in the west and great beer bars continued to open and thrive, it felt at times that drinkers had fewer and fewer reasons to travel east.

Having brewed on Wagstaff Drive for just over 2 years now, we’ve never been prouder to call the east end our home. The community support has been nothing short of overwhelming and on a daily basis we play host to moms and dads, furry friends and beer drinkers of all ages. For us, it’s that neighbourhood vibe that makes the east end feel like you’re in a small town and not in the big city. When we first heard that Bim was interested in opening a brewery in our neck of the woods, we were thrilled at the prospect of more great beer being brewed in the neighbourhood.

As Bim’s brewery project progressed we started seeing him around the brewery more and more. We joked that Left Field became his first home as surely he seemed to spend more time here than his actual home. “See you tomorrow” quickly became our standard farewell. It’s been a pleasure to get to know him over the past year, to learn from him, to hear stories of his brewing and travel experiences and to follow his journey in opening Godspeed. This beer is truly a collaborative effort. From the brainstorming and planning sessions right through to the brew day, both of our brewing teams had an equal hand in making this beer. We can’t wait to share it with all of you. 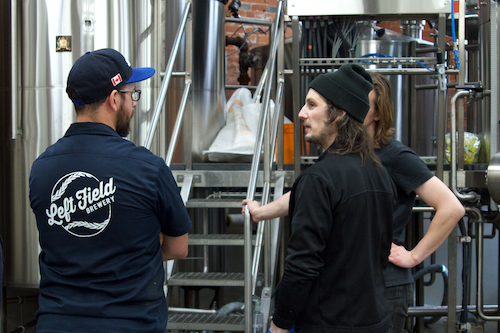 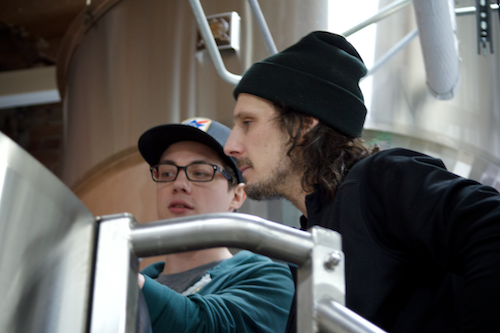 Since I moved to the east end, Left Field has become my second office and they’re now like family to me. So when Mark asked me to brew a beer with him, I accepted without hesitation. This collaborative work just makes sense, for many reasons. It was only a question of timing so we could release it close to Godspeed’s opening.

We are indeed very close neighbours, and so the name “Le Voisin”. Mark and Mandie and the Left Field team have supported me like champions through Godspeed’s rough start-up times. Eephus has become one of my favourite beers along the way. We are part of the exciting, flourishing times in the east end, together.

Le Voisin is our first collaborative beer with another brewery. This means a lot to us at Godspeed and we surely hope you can feel the sense of respect between both teams. Le Voisin took about 18 innings to plan with an extra 7 innings to finally achieve maturation, but let me tell you that it was well worth the patience. Please enjoy! 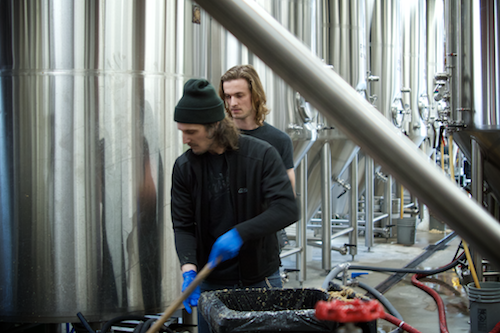 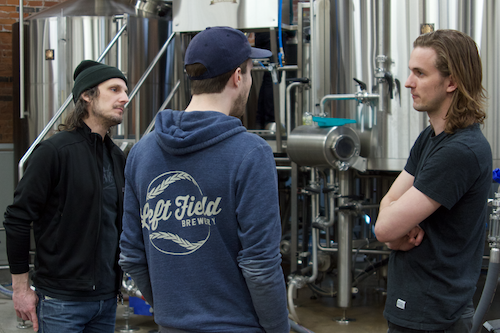 On a personal level, this beer is special to me. I started my brewing career in Montreal, and I have formative memories of Dieu du Ciel. I loved the conviviality of the place and I was inspired by the way it carried through to their imaginative beer. It has been an honour for us to work with Luc and his team to bring that feeling to Toronto.

Le Voisin is a Pale Ale made with citrus and fermented with Saccharomyces trois yeast. This beer was an adventure for us; a chance to experiment with new ingredients and flavours. We started with a simple grist of Canadian malt and unmalted wheat. In the brewhouse, we combined Columbus and Centennial hops with a mix of citrus zests: Japanese yuzu, orange, grapefruit and lime. During the fermentation we added a second dose of fruit zest and dry hopped the beer with tropically-accented El Dorado. This beer underwent an extended and warm fermentation with Saccharomyces trois, a recently domesticated wild yeast strain, that contributes a distinctive set of aromatic compounds and a gentle tartness.

Le Voisin gushes with aromas of vibrant, candy-like citrus. The blend of fruit zests mingles with pineapple and evergreen, before giving way to rustic impressions of chamomile, wildflower honey and anise. This beer is tart and dry, with an angular bitterness and succinct finish. 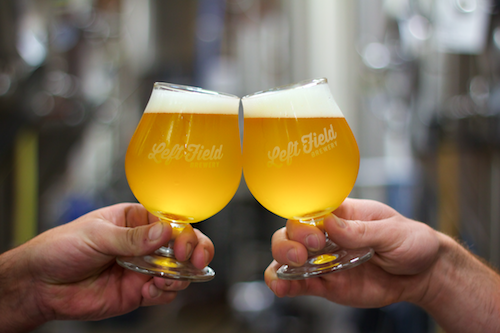 Le Voisin will be available in the Left Field Bottle Shop and Tap Room on Friday May 5th.