When brewery colleagues cautioned us that building a brewery would take twice as long and cost twice as much as we had originally planned, we knew there would be some truth to the matter. We hoped with a nervous optimism that our plans would prove to be solid and that we’d be able to roll with the punches as the project progressed. We’ve come to realize over the past two months just how flexible a seemingly solid plan needs to be and that roadblocks are really just hurdles if you approach them with some degree of flexibility. 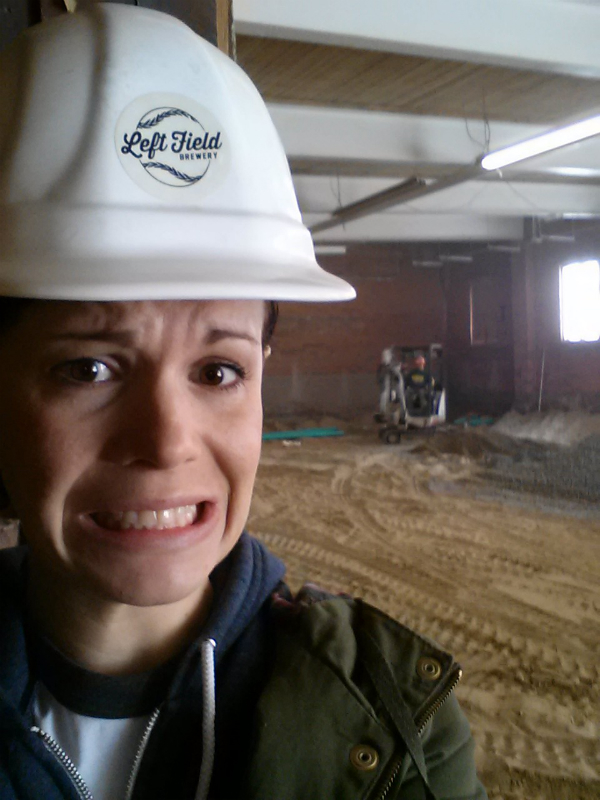 Our site plan and construction schedule have changed what seems like must be more than a hundred times over just a few short months. Building permit applications were submitted, rejected, re-written, re-submitted, tweaked and finally approved and successfully received. 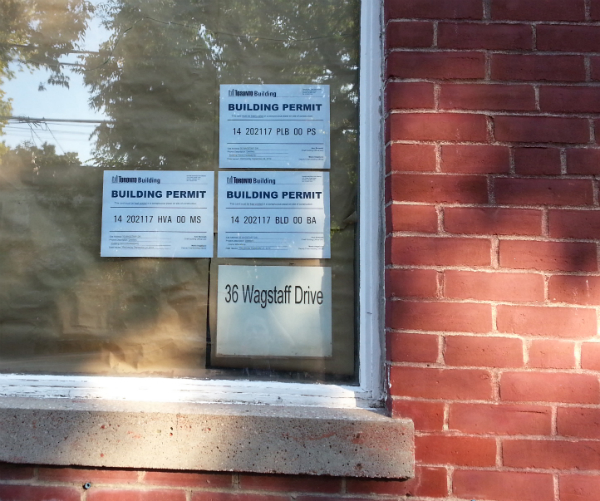 Despite a degree of anticipated delays and ever escalating costs, we’re happy to report that we’re still very much on track to be brewing at 36 Wagstaff Drive before the end of the year and that we’re still targeting an early 2015 opening. 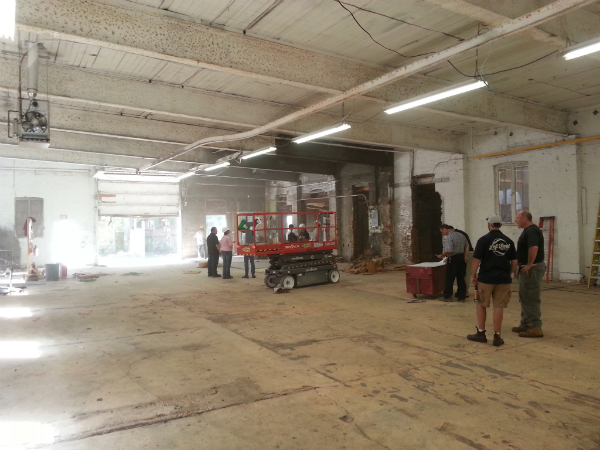 Since our last update, we’ve had the entire interior of the building sandblasted to reveal the beautiful original brick walls, wood ceiling and steel beams. It was quite the transformation. We uncovered the old charm of the building that originally attracted us to the spot and we fell in love with it all over again. Our steel beams were repainted with a rustproof epoxy and the whole space feels bigger, cleaner and brighter than ever. It has a new life and energy that’s just screaming for stainless steel tanks, beer tours and great parties to move right in. 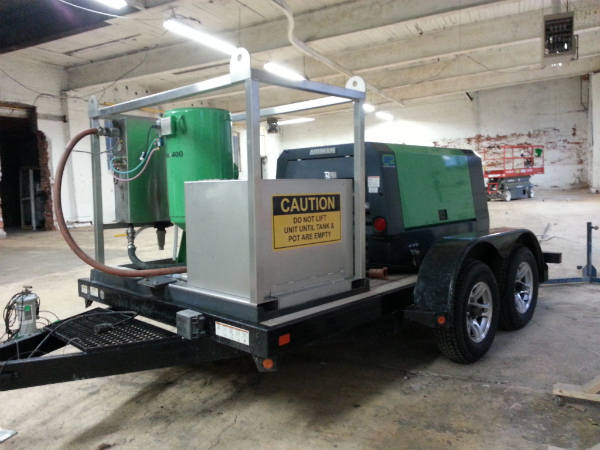 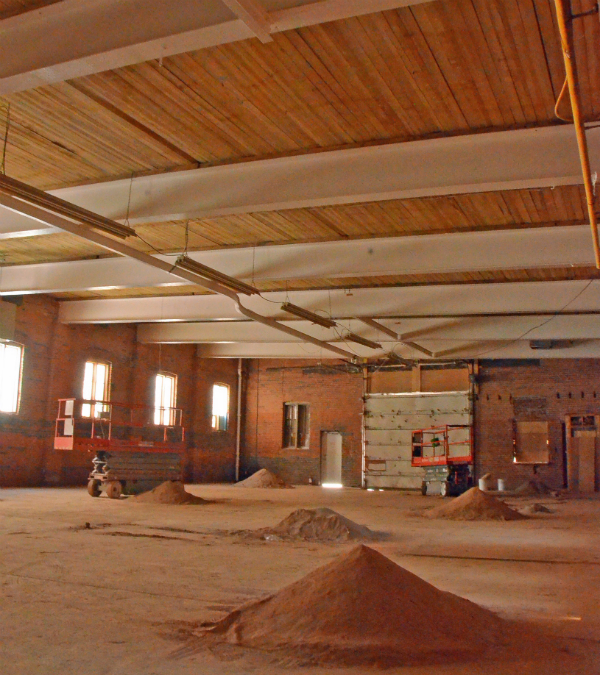 After – stunning, isn’t it?

The next and by far the largest job that we will undertake is to make the floors suitable for a brewery. This means upgrading the 4” concrete floor to 5” and 6” with rebar in order to support the weight of the tanks. To do this, we had the existing floors removed, along with the more than 8” of fill below them in order to install proper soil drainage and plenty of drains. The building may be a looker, but it was seriously lacking in the plumbing department. 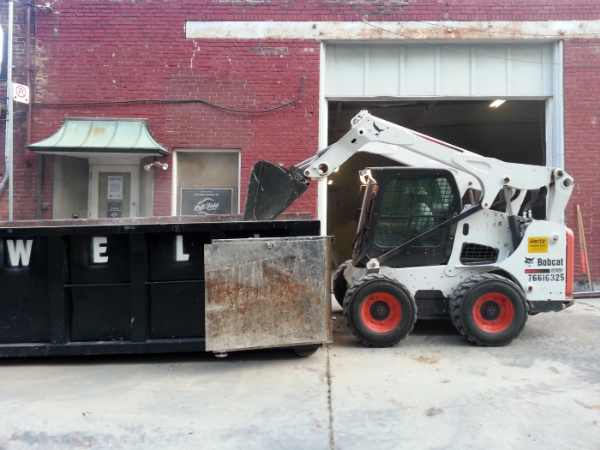 Getting rid of the puny 4″ floors 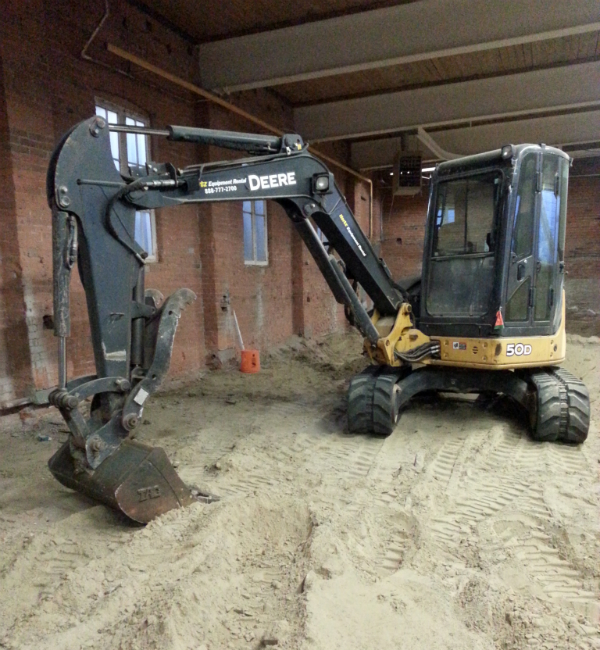 An advantage of a new concrete slab is that we can choose exactly where all of the drains are located and we’re able to insulate the floor underneath where our walk-in cooler will be placed. Everything has been laid-out according to our own exact specifications. 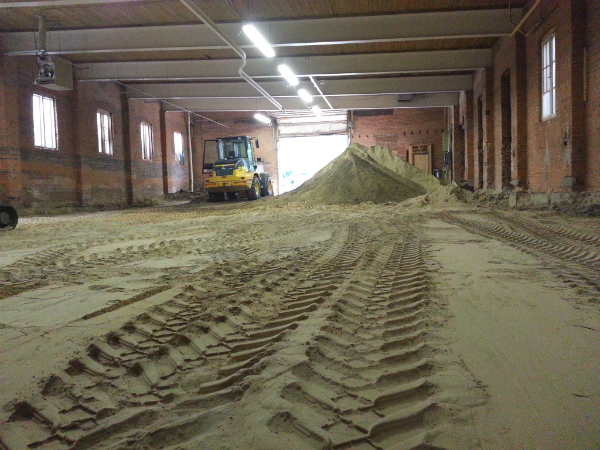 Turns out that we had the softest, cleanest sand underneath our floors 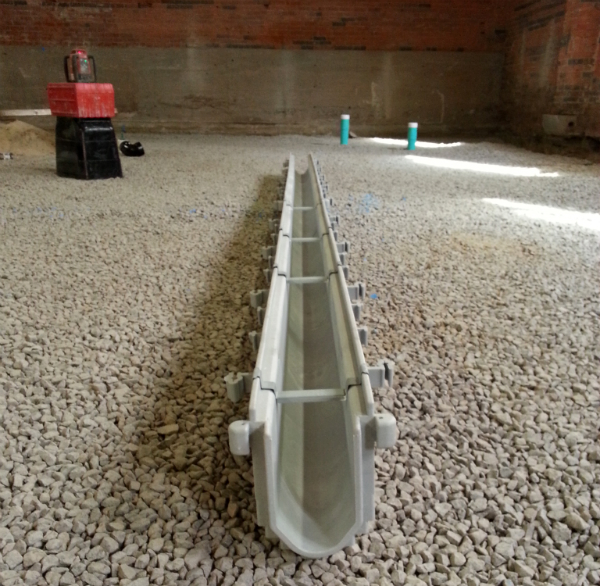 Next up, Mark is flying out to Abbotsford, BC for a visit to NSI, our Brewhouse manufacturer, to see and test the assembled equipment. While he’s there, he’ll do what’s called a Water Brew, basically brewing a fake batch of beer using only water in order to test that everything is working correctly before the system is disassembled and shipped across the country to us. 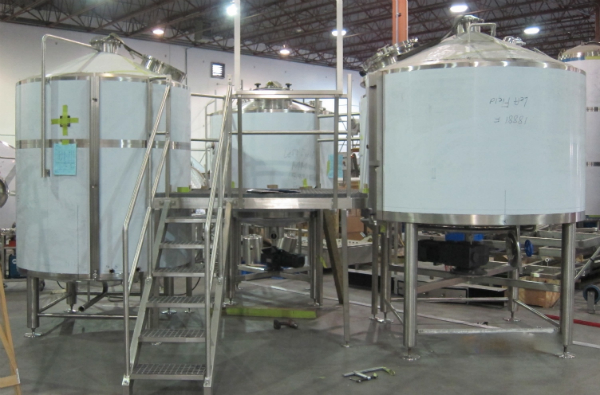 A brewhouse with our name on it!

We’re feeling like the slow parts must be behind us at this point. Within the next month our gravel pit will become a solid new concrete slab, our Brewhouse, fermenting tanks and other brewing equipment will physically move into the building and start getting assembled, plumbed and wired-up, we’ll have new washrooms, walls and lighting and the space will gradually start to resemble its final product. We can’t wait!