YOU ASKED WE ANSWERED: FOEDER FUN 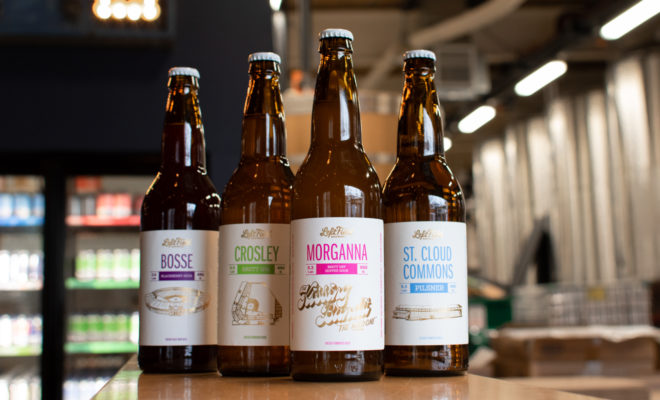 Since our first foeder release in March 2019 (Waconah!) we’ve released SEVEN bottles from our 25 barrel oak foeders. It feels like we really started to get into a groove with the foeders toward the end of 2020 and we’re pretty pumped to now have four different bottles in the fridge: Bosse, St. Cloud Commons, Morganna and Crosley. Despite all being foeder brews, they couldn’t be more different from one another. A blackberry sour, Pilsner, brett dry-hopped sour and a brett IPA. So how do we decide what to brew into the foeders? Why bottles? You asked, we’re answering:

Anything can be brewed into the foeders, but we might choose to use them for a few reasons: first is that fermenting and aging or conditioning beer on wood – especially over long periods – can have a major flavour impact and adds complexity to the beer. Second is to take advantage of the mix of yeast and bacteria that live in the pores of the wood and which carry over from one batch to the next. With this in mind, we often use brettanomyces in these vessels, which can’t be used in our stainless steel tanks due to the risk of cross-contaminating our clean (non-brett) beers. When used carefully, Brett can impart funky, barnyard style flavors and aroma in beer.

Why is there such a difference in price? Foeder-aged beers take longer to make and are made in smaller batches, both factors increase the time/space cost of a beer. They also generally involve more risk and uncertainty which has a cost. A great example of this is Bosse which was aged 8 months in the foeders vs. Shea which was not aged.

Why bottles? For the same reason we don’t brew brett beers into stainless fermenters: to prevent cross-contamination! Our bottling line (that we already own from the old days) is now the dedicated ‘wild’ packaging line. Even with extremely rigorous cleaning processes, there is a risk of brett and other microbial cross-contamination on hoses, gaskets, packaging equipment, etc. The foeders have their own sets of hoses, gaskets, etc. that we never use on the stainless tanks and vice-versa. By keeping the bottles running separately, we protect the quality of the clean beers in our lineup and mitigate bacteria and beer-infection risk in the brewery.

Cross-contamination and beer-infection sound bad, why does it matter if brettanomyces gets into other beers if it’s safe in foeder beers? ‘Wild’ yeast like brettanomyces is so-called because it has to be carefully controlled to get expected results, and if it does get into our clean beers (this just refers to beer that doesn’t use wild yeast) it really has a mind of its own! For us, quality at a basic level means having any given beer taste exactly the same every time you reach for it and a contamination of our clean beer tanks and equipment would be likely to cause quality problems like off-flavours, or in more extreme cases, cans that leak, or even explode.

Can we put Laser Show in the foeders? Technically yes – we can put ANYTHING in them! But, if we did, it won’t taste like the Laser Show you know and love – the unique bacteria that lives in the foeders will bring it’s own flavour and complexity. Even without adding anything other than the beer, the yeast from previous brews hang out in the wood waiting to get to work. So yes, but it wouldn’t be Laser Show anymore.

Have any other burning beer and foeder questions? Send us an email!
Shop the lineup.